Divorce Mediation and Parent Coordination: Do what the stars do! 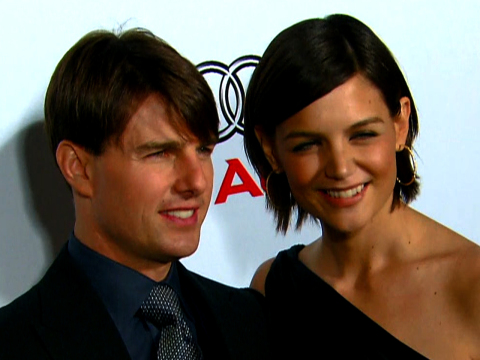 From their first public appearance to Tom’s famous couch gymnastics, the press has gone wild over the union of Tom and Katie. So has the public. Interviews with TomKat insiders got top ratings, and magazines with those two smiles – the shiny and the shy- flew off store shelves. Somehow we all seemed to know their business, whether we picked up those magazines or listened to those interviews or not.

That’s why it is even more unusual that coverage of the now infamous split has gone so quiet. Where are the accusations? Where are the leaked court documents citing wild, reckless or abusive behavior? Where are the detailed accountings of luxury assets and far flung homes, the outrageous and greedy demands? Where is the dirty laundry? With a couple whose image is larger and flashier than even modern day celebrity is accustomed to, how have they managed to keep their divorce so much quieter than their lives?

The biggest misconception about divorce that we deal with here at Center for Rational Solutions (CRS) is that it has to be difficult. That getting both sides to agree will be challenging, and that the right to privacy – or peace, or friendship – must be put on a shelf in order to achieve the desired end. When we ask most people what comes to mind when the word “divorce” is mentioned, the answers are rarely mention the words that we’ve come to associate with Pro Se Divorce – words like peace, cooperation, affordability, friendship. That’s because the legal system – and to some extent, the media – has created a system that pits partner against partner, furthering the archaic notion that in order to end a marriage there must be suffering, strife and discord. If there weren’t, why would you get divorced? But those who have gone through it know the truth. Divorce isn’t always about anger, and it doesn’t have to be met with suspicion or demands. It also doesn’t have to play out on a public stage, or cost you everything that you and your spouse worked so hard to build.

But let’s go back to Tom and Katie. There is no doubt here that their love story has not ended the way they’d planned. Might there be strife and suffering and discord that we’re not party to? Possibly. Maybe even probably. It’s that wonder that makes this unusual. We’re left to wonder what happened rather than see the details splashed all over the internet. We’ve been given a new image of celebrity divorce to ponder, one where both parties demonstrate grace, and where issues of custody and the splitting of assets is handled confidentially and without anger or ugliness.

Maybe their love story wasn’t one of the great romances of our generation. But there is still much to admire and respect about the marriage of Tom Cruise and Katie Holmes, and here at the Center for Rational Solutions we’d say it is its end.